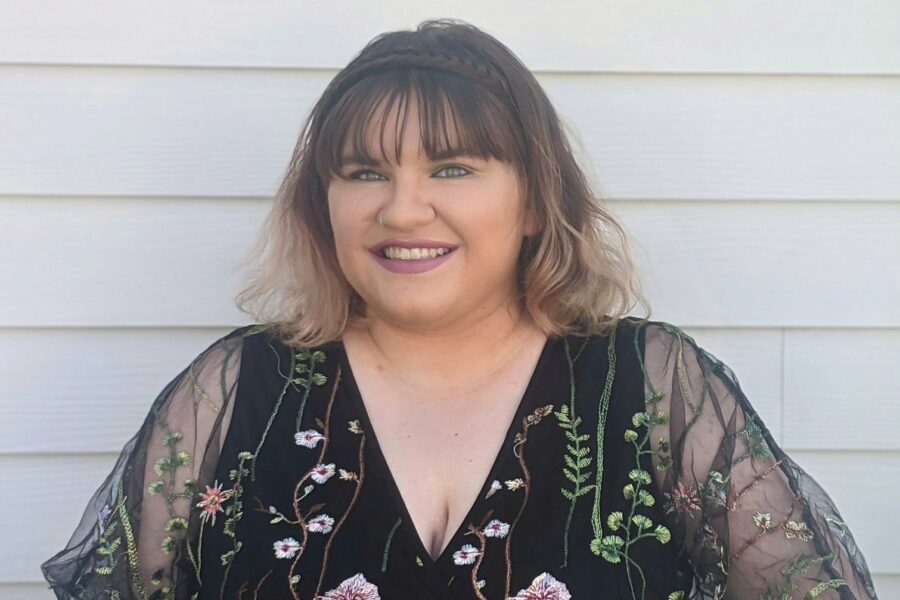 As a staff writer at the Indianapolis Recorder, the longest-standing African-American-owned newspaper in Indianapolis, Breanna Cooper, B.A.J. ’19, has written about many important topics. She has covered protests against police brutality, gerrymandering, food deserts, racism, gun violence, the arts, and more. She reports breaking news, including closely following the COVID-19 pandemic and its impact on the African American community. (Cooper received a Hoosier State Press Association award for her community service piece about COVID-19, alongside fellow IUPUI Journalism grad Tyler Fenwick, who is also a staff writer at the Recorder.)

Recently, Cooper has written several stories about the Indianapolis Public Library, where some current and former employees have described racism, ableism, and sexual harassment from library workers and leadership. According to one of Cooper’s stories, during a virtual board meeting on May 24, “former library employee Bree Flannelly detailed her experiences as a Black woman within the organization. The conversation got off to a rocky start when board President Judge Jose Salinas muted Flannelly before she could share her experiences.”

We asked Cooper about this story and other experiences working at the Recorder:

1. What are some of the most impactful and/or rewarding stories you’ve worked on recently?

“Working on the Indianapolis Public Library coverage has been challenging, but I hope it’s making an impact. I’ve gotten calls from library staff from around the country who wanted to share their experiences, so it’s rewarding to know people feel heard.”

2. Did you know in advance about the topics that might be brought up at the May 24 Indianapolis Public Library board meeting? What has it been like covering and following up on this story?

“I wasn’t aware of what happened at the meeting until a few days later. I had previously reported on the library’s diversity initiatives, and the Library Workers Union president and a few other employees reached out to tell me what was going on behind the scenes. Throughout the process of reporting, I’ve learned a lot about how institutional boards work and certainly have gotten better at navigating difficult conversations.”

3. You also covered vigils after the mass shooting at the Indianapolis FedEx facility in April, and you wrote for the Washington Post about the tragedy. What was that experience like?

“Writing for the Washington Post was an opportunity that came about through my former journalism instructor, Adam Wren. He was working with an editor at the Post to find a reporter to cover vigils. He tweeted about looking for someone, and he got me in contact with the editor.

The day after the shooting, I attended a handful of vigils and reported back to a team of reporters and editors at the Post. It’s difficult to explain what the experience was like, because on one hand, reporting on a mass shooting in your hometown is an awful way to make it into the Washington Post. Working for that paper has been a dream of mine since high school and covering a tragedy in a city I love deeply was not how I imagined that would happen. But as a reporter, it was an eye-opening experience. Because I was the ‘boots on the ground,’ I had to make sure that people unfamiliar with Indianapolis had enough context to visualize the city and what was going on at each vigil.

That day, I was also reporting for the Indianapolis Recorder, so I had to make sure that I spoke with enough people to avoid cross-reporting. It wasn’t an easy day, emotionally or professionally, but I do feel I grew as a reporter from the experience.”

4. As a journalist covering so many tough topics, has it been hard to deal with the emotions that come with these stories?

“I think a lot of reporters tend to not realize how a story affects them until the work is actually published. When you’re in the middle of reporting, you have to take yourself out of the story. But in reality, you cannot remove yourself from the community you’re covering. You hurt alongside your neighbors. I think journalists need to be better about allowing themselves to acknowledge that. If you don’t, you either burn out or become unpleasant to be around. Luckily, I have a really supportive circle of family and friends who I can talk to when I get overwhelmed, which admittedly, is often. It’s easy to feel like you have to constantly be ‘on,’ but I would really recommend that you carve out an hour or so every day to enjoy something unrelated to your work. That goes for everyone, journalist or not.”

5. What advice do you have for students who are interested in a career in covering local news?

“Start in college, if you can! If you’re able to do an internship, that’s great, but if not, writing for your college paper is a great way to get a head start in the industry. I can’t overstate how important it is to have a portfolio started before you graduate.

Also, immerse yourself in the community. Going to community events is a great way to meet people and find stories that aren’t being told.”