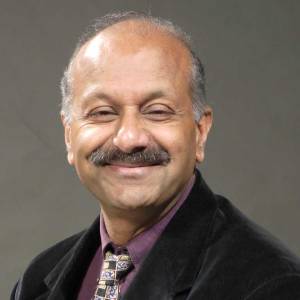 The article “Stationary Markov Equilibrium in Dynamic Economic Models,’’ is forthcoming in a Symposium volume in honor of Bernard Cornet. Eds. Nicholas Yannelis, et. al. This paper studies conditions under which dynamic economic models have pure strategy equilibrium and shows that a key condition is that each decision maker has a Low-Payoff State. The article “An Extensive-Form Based Proof of the Existence of Sequential Equilibrium,” with Iryna Topolyan.  Economic Theory Bulletin, (2016) gives an alternative proof of the existence of sequential equilibrium in extensive form games that does not use the agent-normal form.  The publication “Robustness of the Competitive Equilibrium: Utility-improvements and Equilibrium Points.” Journal of Mathematical Economics (2014) shows that the competitive equilibrium is still the relevant equilibrium concept when agents are not fully utility maximizing. The paper “Collusive Equilibrium in Cournot Oligopolies with Unknown Costs,” International Economic Review (2010) analyzes collusive equilibrium when firms are not fully aware of the cost of the other firms. The book Games and Decision Making, second edition, Oxford University Press, published in 2011 and coauthored with C. D. Aliprantis (late) is an advanced level Game Theory text. It discusses the major concepts of game theory and illustrates the concepts with numerical examples which is a special feature of this text. It also illustrates the ideas with plenty of applications from economics and other disciplines.

Professor Chakrabarti’s research is in economic theory. More specifically, his research within economics is in microeconomic theory and game theory. Game theory studies how agents or players behave when an agent or a player’s reward or payoff is affected by the actions of the other agents and thus has become an indispensable part of many of the behavioral sciences. Concepts from Game Theory have helped us better understand how firms compete in markets, auctioneers design auctions, sellers and buyers bargain over prices, insurance companies negotiate rates with hospitals, firms choose the level of investment in product development, and candidates compete for electoral votes. A large portion of his work has focused on studying dynamic economic models in which decision-makers interact with each other over time. Another significant part of his research has studied the robustness of various equilibrium concepts in games as well as in economic models.