About Us IAT Research Center

At the heart of the Institute for American Thought is a research center that supports the work of the scholarly editions while providing a unique resource for students and scholars worldwide.

The Max H. Fisch Library features the largest consolidated accumulations (in xerographic form collected from scores of archival deposits) of the extant papers of Peirce, Santayana, and Douglass, as well as all of the scholarly records deriving from over twenty-five years of textual study for each of the three editions. 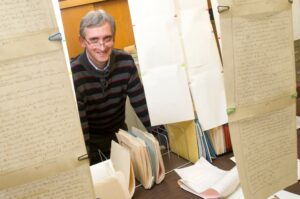 The Peirce Edition’s collections form the core of the research center’s holdings, and include the library of Max H. Fisch (1901-1995), an internationally renowned scholar recognized for his work on Charles Peirce and Giambattista Vico. In addition to comprehensive collections of books and periodicals relating to these authors, the Max Fisch Library contains over 13,000 volumes in philosophy, the classics, literature, history, psychology, religious studies, sciences, and languages, many of which are out of print today. Fisch’s papers include a comprehensive biographical reference catalog that, along with the edition’s master reconstruction of Peirce’s known writings, draw research scholars from all over the world.

The Research Center also houses the Burks Collection of documents and exhibits related to the ENIAC, a later-day milestone in American intellectual and technological development that became, by the end of the Second World War, the world’s first electrical general-purpose computer. Arthur Burks, Emeritus Professor of Philosophy and Electrical Engineering at the University of Michigan, was a principal team member on the ENIAC project during the mid-1940s; he later became a leading Peirce scholar, focusing his work on Peirce’s technical and logical writings, and served as an executive consultant to the Peirce Edition. Documents in the Burks Collection include an original copy of John von Neumann’s famous report on computing, a document that served as a conceptual blueprint for the computer revolution in the twentieth century.

These core holdings have been united with the major research collections of other prominent scholars to form the Research Center. The most significant of these is the Charles Morris Collection, which includes the American philosophy component of Morris’s working library and his correspondence with a wide range of American and European intellectuals documenting his significant role in the development of American philosophy and the history of science before and after the Second World War. This collection is of pivotal importance for the study of the history of the Unified Science Movement and the related cross-fertilization of American pragmatism with European positive thought. There is also important correspondence between Morris and the Italian philosopher, Furruccio Rossi-Landi.

Another important collection is the Eisele Papers. Carolyn Eisele is well known as the scholar who, more successfully than anyone else, promoted the study of Peirce’s mathematical and scientific contributions. Eisele is largely responsible for establishing that Peirce was not only an important mathematician but that he was also a first-rate historian of mathematics and science. Her correspondence includes significant exchanges with Peirce scholars and with mathematicians and historians. Her papers include a wide range of materials related to Peirce’s mathematics, science, and scientific method. Eisele’s personal library, together with the extensive personal library of Max H. Fisch, makes up the most substantial component of the Institute’s book collection. But there are also significant contributions from the personal libraries of Paul Weiss, Charles Morris, Edward Moore, Arthur Burks, Richard Tursman, and others.

Gérard Deledalle was the foremost philosopher in France who promoted the study of American philosophy and especially the philosophy of Charles Sanders Peirce and John Dewey in Europe. Upon his death in 2003, his widow Janice Deledalle-Rhodes decided to donate her husband’s papers and library to the Peirce Edition Project (PEP) and the Max H. Fisch Library in the Institute for American Thought at IUPUI. In July 2015, her daughter Myriame Morel-Deledalle sent her father’s library and papers to the Peirce Edition Project as a gift with an assistantship to catalog the papers into the collection. 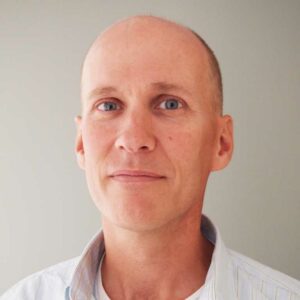 Within the common resource of the research center, the Max Fisch Library has now been extended to include the significant collections of the Santayana Edition. These materials include a master set of manuscript photocopies from Santayana collections held by libraries throughout the country, a comprehensive library of books by and about Santayana, translations of his works, a reference library in philosophy, and a searchable electronic database that includes scanned copies of Santayana’s books, articles, and letters. The edition also holds the papers of John McCormick, Santayana’s principal biographer; this collection includes a record of Santayana’s extensive marginalia, gathered from the many libraries containing portions of his personal library. Finally, the Institute’s research center is also affiliated with the substantial scholarly resources of IU Bloomington’s Howells Edition, which has published volumes for A Selected Edition of William Dean Howells and trained scholarly editors for more than 35 years. 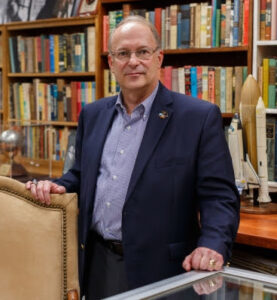 The Center for Ray Bradbury Studies is one of the larger single-author archives in the United States, and a hub for scholarship on the work of Ray Bradbury and science fiction. The Center is home to more than 100,000 pages of published and unpublished literary works stored in thirty-one of the author’s filing cabinets; forty years of Bradbury’s personal and professional correspondence (an additional 10,000 pages); and author’s copies of Bradbury books, including extensive foreign language editions, and his working library (a combined 4000 volumes). 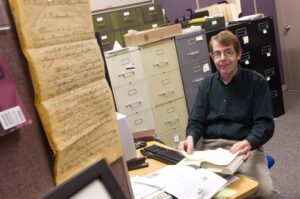 The Frederick Douglass Papers documents the life and work of the most influential and best-known African American of the 19th century. This online resource will ultimately contain all of the content of the multi-volume Yale University Press print edition of Douglass’s speeches, autobiographies, correspondence, and other writings and adds to this a powerful XML-based search functionality, linked cross-references, and the ability to navigate topically, chronologically, or by series volume.

Contact Ray Haberski, Director of the Institute for American Thought.