About Us Bradbury Beat blog Artifacts Fun Facts From the Archives

Fun Facts From the Archives

Posted on May 27th, 2022 in Artifacts by Jason Aukerman 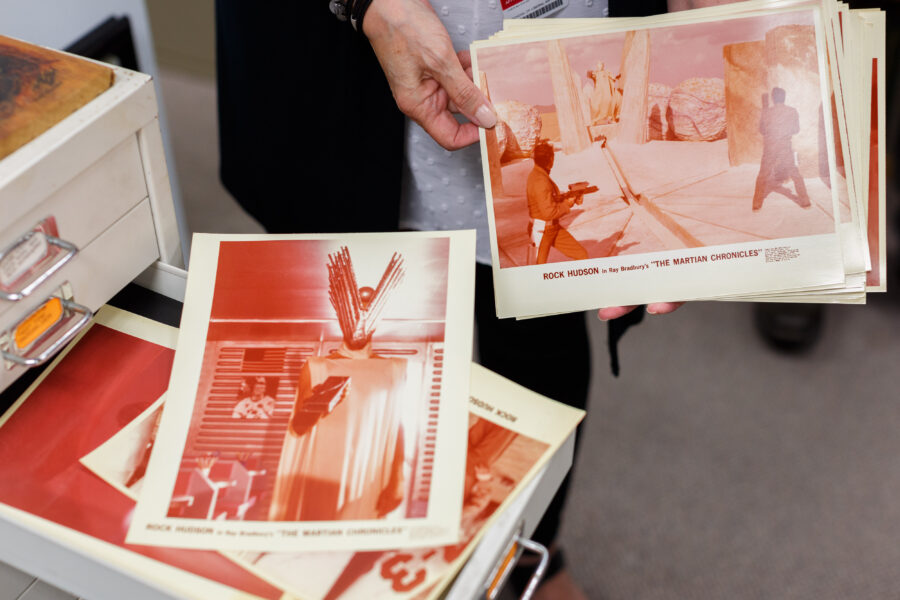 The first time I read The Martian Chronicles, one story stood out in particular. “Night Meeting” is a story about a human, Tomas, and a Martian passing each other on a highway – but they are also passing each other in time. Both able to see their own destination clearly, but their counterparts’ destination in ruins.

Before they meet, however, Tomas receives some advice from the station clerk telling him he needs to “take Mars for what she is” and that it is like a kaleidoscope. Tomas experiences this with his Martian companion, both from different times. When trying to decide who’s timeline is the correct one, they decide it does not matter who is now or who is then. They choose to see each other as they are and accept it. They aren’t so different after all, both young and on their way to respective parties.

In 2015, The Folio Society London published this illustrated edition of The Martian Chronicles. The illustrations are by Mick Brownfield. Seen below is the illustration for “Night Meeting.”