“Imagination should be the center of your life.”

The Ray Bradbury Center is one of the larger single-author archives in the United States, and a hub for scholarship on the work of Ray Bradbury and science fiction. The Center is home to more than 100,000 pages of published and unpublished literary works stored in thirty-one of the author’s filing cabinets; forty years of Bradbury’s personal and professional correspondence (an additional 10,000 pages); and author’s copies of Bradbury books, including extensive foreign language editions, and his working library (a combined 4000 volumes).

The broader collection of papers includes manuscripts, typescripts, screenplay and teleplay drafts, story concepts, photographs, correspondence, scrapbooks with original drawings and printed comic strips from his youth, and ephemera he collected documenting his travels. Yet another 10,000 pages of papers and writings that never made it into his filing cabinets have also now been sorted into rough categories in preparation for preservation and accessioning efforts.

The Bradbury artifacts gifted in 2013 include his original office furniture and equipment, as well as three of his typewriters used over a forty-year period; many significant national and international awards, mementoes, and other artifacts from his personal office; more than 1600 rare genre pulp magazines representing his childhood and professional reading as well as the issues where he published stories for decades; significant art by noted illustrators, by various writers, Hollywood figures, and by NASA artists; hundreds of his author’s copies of the major market magazines where his work was published; studio reels of his film and television work; and more than a thousand audio-visual recordings of his interviews, film and television productions, television appearances, and dozens of the stage plays produced from his works.

The Ray Bradbury Center welcomes scholars, students, and members of the public interested in Ray Bradbury, his life, and his legacy. 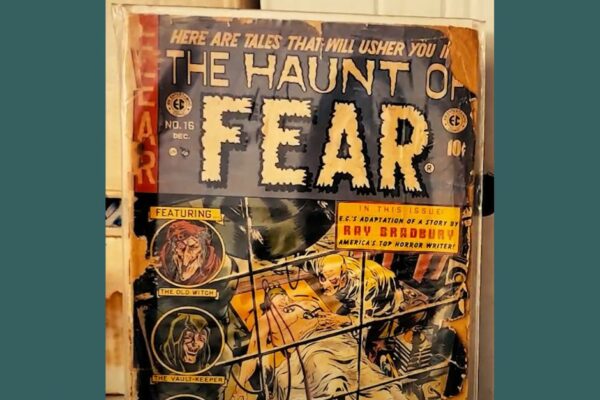 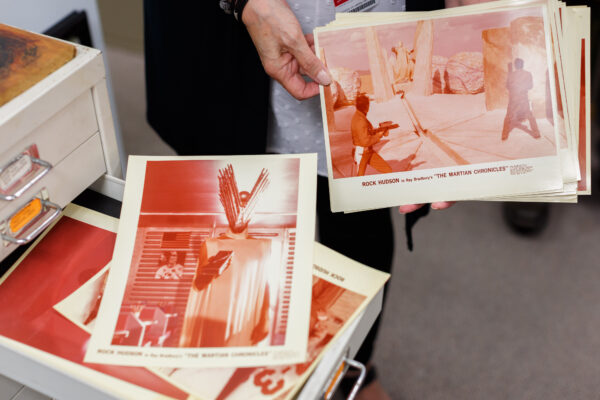 Fun Facts From the Archives