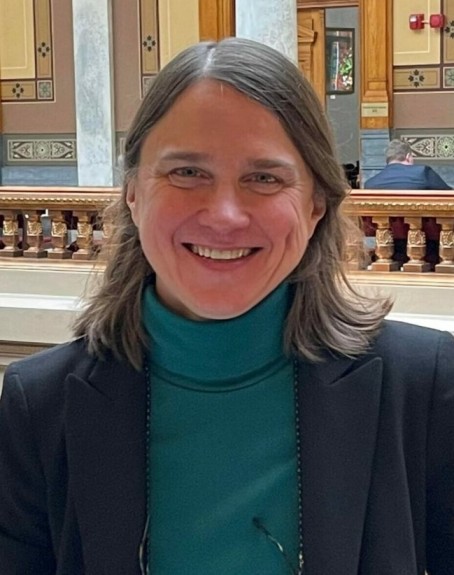 Dr Carrie Foote, IUPUI Sociology, was among a group of lawmakers and other stakeholders who discussed possible changes to Indiana laws concerning HIV-specific criminal penalties and sentence enhancements during an Indiana General Assembly Legislative Study session on August 30. Doctors, Public Health and Public Defender leaders argued that reforming HIV criminal laws will destigmatize the disease and improve public health. There are several Indiana criminal laws that make penalties harsher if the offender knows they have HIV. An example: Indiana University sociologist Carrie Foote – who lives with HIV – said that if a person without the disease spits on someone else in Indiana, it’s a misdemeanor. “But if I spit on you, it’s a felony crime – I face a very serious crime,” Foote said.That’s despite the fact that it’s impossible to transmit HIV via spitting on someone. Recommendations from the committee could result in proposed legislation during the next session in January.  The session received coverage on several media outlets and is available for public viewing.