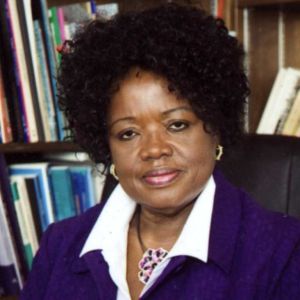 Dr. Obioma G. Nnaemeka is Chancellor’s Professor of French in the Department of World Languages and Cultures, IU School of Liberal Arts at IUPUI

Dr. Obioma Nnaemeka received an Honorary Doctorate in Humane Letters Award from The American University of Paris on May 23rd. The event was held at the Théâtre du Châtelet.

The first link below is a clip of the conferment of the Honorary Degree in Humane Letters followed by her brief remarks (start at the 1:03:40 mark and end at 1:20:10 of the full video). The second link is the full video of the Commencement Ceremony.

Honorary Doctorate in Humane Letters Award followed by Obioma Nnaemeka’s brief Speech (CLIP–starts at the 1:03:40 mark and ends at 1:20:10 mark)

The American University of Paris Commencement Ceremony, May 23 (FULL VIDEO)

Dr. Nnaemeka indicates “there was an IUPUI presence as well. My brilliant former student, Michael Roy, flew to Paris from Chicago. Michael took my women’s studies course eleven years ago. I assisted him to secure a grant to work on a research project on the late Egyptian feminist, Dr. Nawal El Saadawi. On IUPUI Research Day, he presented a poster session of his extraordinary research. I continued to mentor him after he left IUPUI and went on to do graduate studies at the University of Chicago. He has since graduated and is currently working in Chicago. Michael is one of the success stories of my career. I am thrilled that he was in Paris to share a special moment with me.”

Obioma G. Nnaemeka is Chancellor’s Professor of French in the Department of World Languages and Cultures, IU School of Liberal Arts at IUPUI